Can the Bible be used to Promote Reconciliation Between Settlers, Indigenous People? 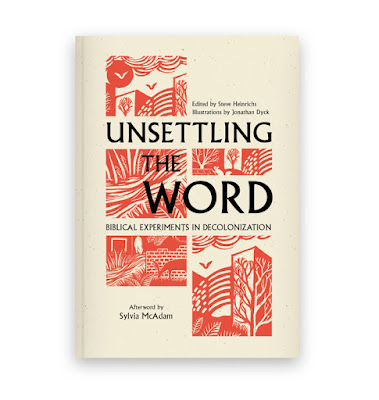 When Mary Carpenter, an Inuk from Sachs Harbour, Northwest Territories, was a little girl, she was forced to go to a church-run residential school.

One of the first things the nuns who ran the school did was give her a new name.

They “took away my Native name, Tungoyuq, and replaced it with ‘Mary,’ a name from their Bible,” Carpenter writes.

In class, the students “sat in long wooden pews watching and listening to priests and nuns as they instructed us from a strange, big, black book with a gold-embossed ‘BIBLE’ emblazoned on the cover,” she recalls.

That Bible, she adds, “was often used to justify the ill treatment of innocent children.”

Carpenter’s experience was not unique. As part of the Canadian government’s assimilationist policies, many Indigenous children were given new names to sever traditional ties and promote assimilation.

Many of those names were taken from the Bible—the same book that caused them so much pain and loss.

So it’s not surprising many Indigenous people today, and many of their Christian allies, have an ambivalent view of the Bible. How can anything good be found in a book that caused so many people so much sorrow?

Heinrichs loves the Bible. He reads it every day as part of his devotional life. And yet he knows that many people distrust and dislike it because of how it was used against Indigenous people in Canada.

“The Bible has a bad reputation for many Indigenous people and their allies,” he says. “But can it be reclaimed and used to promote justice and fuel us in our efforts to promote decolonization?”

His answer is yes, and a new book, Unsettling the Word: Biblical Experiments in Decolonization, is the result.

In the book, which was curated by Heinrichs, 60 contributors—settlers and Indigenous people, Christians and non-Christians—engage stories and passages from the Bible to see if it can be re-imagined in a positive way for the current settler-Indigenous context.

For Heinrichs, the book is a way to “deal honestly” with some of the harder parts of the Bible, but also “rediscover some good things in it.”

The hard passages include things from the old Testament where the ancient Israelites are instructed by God to invade other countries, take their land and kill the inhabitants—something that has unfortunate echoes in Canada’s colonial past.

It’s easy to dismiss the war stories of the Old Testament, Heinrichs says, noting that “some texts are quite destructive and simply bad.”

But he also wonders about things like the Great Commission in the New Testament, which has been used to harm Indigenous people.

In addition to addressing those questions, the book points to positive things in the Bible that can help settlers and Indigenous people find new ways to live together in Canada.

“There are whole streams in the Bible that talk about reconciliation, peace, and land reparations,” Heinrichs says. “We can use those texts to help make things right.”

As for those Christians who have written off the Bible because of how it was used against Indigenous people, he reminds them it is “more politically engaged” than many realize—many of the stories were written by and about oppressed and marginalized people, just like how many Indigenous people feel today.

Ultimately, Heinrichs hopes the book will spark conversations, that people will see how Jesus invited everyone into conversations and community—regardless of their political or religious leanings.

“In the Gospels, Jesus invites a tax collector into his group,” he notes of how he reached out to someone from the despised establishment of his day. “Who would that be in our context? There are no enemies in the Gospels. Everyone is challenged to change the way they view others. Can we all sit in a circle and hear each other? Can we listen with courage and care?”

He hopes that reading Unsettling the Word is one way many people will begin that journey.

Unsettling the Word is available from Common Word in Winnipeg.