Illness is a spiritual experience for most patients 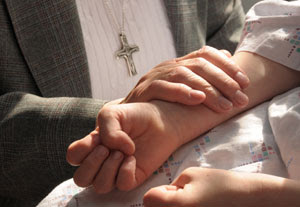 Shockwaves rolled through Canada’s spiritual health care community in March when the government of Saskatchewan eliminated pastoral care services in that province.

The cut to spiritual health care services will save the province $1.5 million a year.

Following Saskatchewan’s decision, there was concern in Manitoba that something similar might happen here as the province tries to maximize efficiency in the healthcare system.

“We are imagining that many (or most) of us are concerned about the upcoming provincial budget,” the executive team of the Canadian Association for Spiritual Care wrote to spiritual health care providers in Manitoba in March, before the budget was tabled.

The news from Saskatchewan, “is concerning,” the letter continued, “and we are aware of the stress that some are carrying because of this.”

As it turns out, their fears were unfounded.

The Manitoba government did not cut spiritual care services, although a decision to reduce management jobs means at least one spiritual health care director position will be eliminated at Winnipeg’s Health Sciences Centre.

That’s not a lot out of a total budget of $2.8 billion a year. But with pressure on from the provincial government to trim $83 million in 2017-18, why should scarce resources be used for spiritual care?

That’s the question I posed to Adel Compton, Regional Director of Spiritual Health Services for the WRHA.

For Compton, spiritual care is an essential part of whole-person care in the health care system.

“Each of us tries to make sense of life,” she says. “But when we end up in hospital, that sense of meaning can be challenged, especially if we are very ill or facing death.”

Spiritual care, provided by trained spiritual health care providers, “can help people understand what’s happening to them, and what choices are available to them that fit into their life and values.”

Providing these services is also an aid to nurses and doctors, who are often very busy and have not enough time to spend with patients.

“We have the time to listen to people, to calm them down, help them make informed decisions for treatment,” she says.

“We help people connect with whatever it is that gives them the strength” so they can cope with their medical situation, she adds—and make it easier for the medical team to do their jobs.

All of this not only helps patients and staff, but it saves money, too. “There are numerous studies that show that spiritual health care results in better patient outcomes,” she says.

A quick Google search shows she is right. Over 400 studies have found that religion or spirituality helps patients cope better with illness, and deal better with the stress caused by health problems.

“Illness is a spiritual experience for most patients,” especially those with serious illnesses, says Tracy Balboni, an associate professor at Harvard Medical School.

Balboni, who has been conducting research into how spirituality affects the experience of patients in hospitals, adds that “patients want to be seen as whole persons, not just as bodies affected by illness.”

Through her research, Balboni has also has found when religious or spiritual needs are not addressed, it reduces a patient’s quality of life and satisfaction with care, and doubles or triples healthcare costs towards the end of life.

So while the Saskatchewan government’s decision to cut spiritual care services might save a few dollars now, maybe it won’t turn out to be such a good move in the long term.
Posted by JDL at 9:10 PM No comments:

Millions Face Starvation, But Does Anyone Give a Shit? 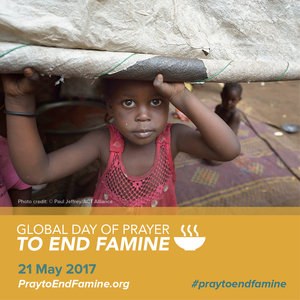 “I have three things I’d like to say today,” said American author Tony Campolo to a crowd at the 1982 interdenominational Spring Harvest church conference in England.

“First, while you were sleeping last night, 45,000 kids died of starvation or diseases related to malnutrition.

“Second, most of you don’t give a shit.

“Third, what’s worse is that you’re more upset with the fact I said ‘shit’ than the fact that 45,000 kids died last night.”

Campolo’s words—for which he became infamous—come back to me as I think about the terrible food crisis in South Sudan, Somalia, Yemen and parts of Kenya and Nigeria.

An estimated 20 million people face starvation in those countries, the largest humanitarian crisis since 1945 according to the UN.

And it’s not as if this came out of nowhere; the disaster has been forecast for many months. And yet, for the longest time, it seemed as though the world—to use Campolo’s words—didn’t give a shit.

Except for a bit of media coverage here and there, there was virtually nothing about it in the media.

There are several reasons for this—it’s hard for the media to get into the worst-affected regions, and they don’t have the resources they used to.

Then there’s the Trump effect; the new President, and his unpredictable ways, has sucked up much of the media oxygen.

Added to this is the general fatigue everyone feels over the extended Syria crisis; will it never end?

Noting that “more people face famine today than any time in modern history,” the groups are calling for prayer for an end to the hunger, and to the conflict that is causing so much of the need.

“Churches have a prophetic role in calling to mobilize their members, the wider society, and governments, and making a difference during this unprecedented period of suffering,” they state, adding that “food is more than a human right; it is a divine gift that cannot be impeded.”

Since that is the Sunday of the May long weekend in Canada, it’s possibly the worst time for a day of prayer in this country—attendance at worship services will be lower than usual. But people can still pray at the cottage, the lake or the beach.

Of course, it’s not just Christians who can pray; anyone, of any faith, can do so. When it comes to asking God to help end the suffering, we’re all in this together.

But what to pray? The Global Day of Prayer website has some resources on its website, as does Canadian Foodgrains Bank.

But if you want a simple one you can use, good for anyone of any religion, here’s a prayer from the aid group Christian Aid:

God of all grace, hold all those who are hungry in your infinite love.
Be with those for whom the earth’s resources have run dry;
Be with those who must walk for miles to find their daily bread;
Be with those for whom survival is a fragile hope.
And be with us, as we read the stories of those who bear such acute suffering;
Give us hearts of compassion to respond in your service,
So that together we may see restoration where there is pain,
And all may rejoice in your goodness.

From Sports Radio Host to Rabbi

Definitely not a typical path to becoming a rabbi, says Winnipeg's Matt Leibl 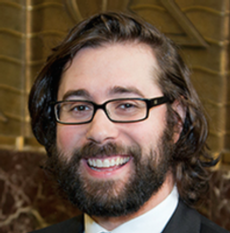 Winnipeg sports fans were surprised last summer when Matt Leibl, co-host of The Big Show on TSN 1290, announced he was leaving after six years to become a rabbi.

Leibl admits he was sort of surprised himself.

“I didn’t feel a pull to be a rabbi,” says the 32 year-old, even though he has been a long-time volunteer at Shaarey Zedek, leading services and prayers, reading the Torah, performing weddings, officiating at funerals, and working with teens.

In particular, he didn’t feel he was religious enough, despite growing up in an observant Jewish home, attended Jewish elementary and high schools, and speaking Hebrew.

“Never once did I feel myself to be a religious person,” he says. As he grew older, he “wasn’t observant, I didn’t keep kosher. I was a secular Jew, culturally Jewish, just like all my Jewish friends.”

“I always thought to be a rabbi you had to be very religious,” he adds. “That wasn’t me.”

But people kept saying he’d be good at it, that he’d make a great rabbi due to his natural gifts for interacting with people, along with his great voice—something that is important for leading prayers and reading the scriptures.

And so it was in spring, last year, that he began to think about a change of career.

“I had a great run in radio, but it wasn’t enough anymore,” he says. “I wasn’t unhappy, but I didn’t know how long I could do it,” he says.

Through his volunteering at the synagogue, “I was working with people, being part of the milestones in their lives, walking with them through joy and grief, being involved at a much deeper level,” he says.

At the radio station, he felt he wasn’t “talking about the same kind of stuff. I decided I wanted something more out of life, to be more involved in meaningful topics, to interact with a broader range of people beyond the guys who call in to a sports radio show.”

Last August Leibl made the big change, resigning from TSN to start rabbinical studies and serve as a rabbinic intern at Shaarey Zedek.

“It’s definitely not a typical path to become a rabbi,” he says of his journey.

Although he has changed careers, one thing hasn’t changed—Leibl still doesn’t see himself as religious. But he thinks this will be to his advantage during his ministry.

Noting that many younger Jews today feel disconnected from their religion’s traditions, rules, rituals and prayers, Leibl thinks he might be exactly the kind of rabbi that is needed these days.

“I ask myself, ‘how I can reach people today?’” he says of those who don’t see Judaism as relevant to their daily lives.

“That’s when I thought a non-religious rabbi made sense,” he says. “Maybe I could connect with them.”

At the same time, he is quick to note that he doesn’t want to abandon traditions—just update them.

“There is lots in the tradition that is valuable,” he says. “But what’s more important is the spirit behind those laws.”

He thinks the things he learned from being in radio will help.

“My journalism background is an advantage,” he says of his work as a rabbi. “I can read the audience, adapt to it, be a good communicator.”

For Alan Green, Senior rabbi at Shaarey Zedek, Leibl is “a shining personality with a bright future in the rabbinate.”

On several occasions. Green urged him to pursue the rabbinate. “But Matthew's world was the world of sports, and Judaism was purely for enjoyment on the side,” he says.

Things began to fall into place, though, after Leibl came up with “some bold suggestions to completely revamp our Sabbath and High Holy Day services,” he says.

After implementing the changes, “the quality of our services jumped dramatically, says Green,  adding that when Leibl saw how well the changes were received, he “was inspired to do more. The rest is history.”

With Green retiring next year, Leibl will have more opportunity to suggest changes; the plan is for him and Shaarey Zedek’s cantor, Anibal Mass, to take over as co-rabbis.

Reflecting on his career change, Leibl, who is married to Heather Wadsworth, says he has no regrets.

“Each day is so different and inspiring,” he says. “I love everything about it.”