Should the Date of Easter be Fixed? 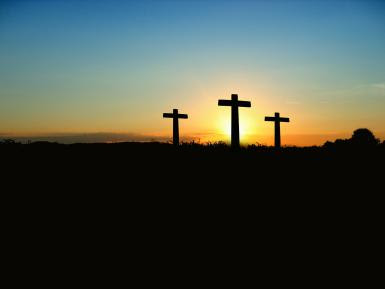 (Originally posted in 2016, I updated it with more current dates for Easter. As of this year, no progress has been made on unifying and fixing the date.)

Why does it move around so much? And would it be easier if it was the same date every year?
The date of Easter moves because its date is determined by the Lunar calendar and proximity to Jewish Passover. This means it can be celebrated by the Western church anywhere between March 22 and April 25.

The Orthodox Church follows the same pattern. Since it uses the Julian calendar, it celebrates Easter later than western Christians. This year, Orthodox Easter falls on April 28.

Wouldn’t it be easier if it was on the same date each year? That’s what leaders of Western and Eastern churches are wondering.

In January, Justin Welby, the Archbishop of Canterbury, announced that he is in talks with Pope Francis, Coptic leader Pope Tawadros, and Patriarch Bartholomew of the Orthodox Church about fixing the date of Christianity’s holiest day..
According to the Archbishop, if the talks are successful the plan is to have Easter occur on either the second or third Sunday of April.
This is not the first time attempt to fix the date of Easter. Earlier efforts occurred at the Council of Nicea in 325AD, in the 10th century, and in 1990 when the Vatican approved a proposal for a fixed date.

I asked a few Winnipeg church leaders what they thought about fixing the date of Easter.

“I am not a supporter of having a fixed date,” says Susan Johnson, National Bishop of the Evangelical Lutheran Church in Canada.

“I love that this primary festival of the Christian church is not tied to a specific date. There is something counter-cultural, in a way that echoes the reality of the early church, in having a major festival that is tied to a lunar cycle.”

Of greater concern to her would be “coming to an agreement with the Orthodox Church about a common date for Easter. A common date, rather than a fixed date, would provide a much larger witness of unity to the world.”

“It reminds me that God does not follow our agenda,” he says. “Resurrection comes when least expected, and Easter is not so much a specific day as an expectant hope embedded and embodied in Christian faith.”

He also thinks that this issue isn’t the most important thing for Christians to worry about. “That would that be lessening poverty, ending homelessness, challenging racism, learning to live in harmony with creation,” he says.

For Michael Wilson, pastor of Charleswood United Church, it doesn’t really matter when Easter occurs—as long as it is on a Sunday.

“The morning after the Sabbath in keeping with the Bible account,” he says. “And as one of my seminary professors taught, and I remember still, every Sunday is a little Easter.”

The date of Easter isn’t a major concern to Marvin Dyck, pastor of Crossroads Community Church.

Just as December 25 isn’t the date Jesus was born, he notes, the dates of Good Friday and Easter aren’t the actual days Christians believe he died and rose from the dead.

But, he says, “If I was voting, I’d vote to keep the date as is” since it is tied to Passover.

For a fixed date to have a more universal meaning, it would be important for Christians “to invite the Jewish Community to make a similar move regarding Passover”—something he doesn’t think will happen.

For Ron MacLean of Gateway Church, having Easter the same date might appeal to a lot of pastors from a practical standpoint.

However, he says, “the Jewish calendar is lunar based, so while Passover—of which Jesus Christ's death and resurrection is the substance and fulfilment—occurs on the same day of the Jewish calendar every year, it varies considerably on our calendar.”

“This may be a factor if Christians feel strongly about connecting Easter to the Jewish Passover.”

If local clergy could vote, it looks like they would keep the date of Easter as-is. We’ll have to see where the talks between the heads of the various churches ends up.

Email ThisBlogThis!Share to TwitterShare to FacebookShare to Pinterest
Labels: Christianity

Future of the Canadian Office For Religious Freedom Uncertain 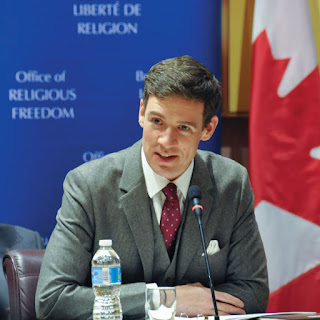 The Canadian government will be making many decisions over the next number of weeks in the lead-up to the new budget on March 22. One of those decisions involves the Office of Religious Freedom.

Will the government keep it, or let it go? Right now, its future is uncertain.

Created in 2013 by the previous Conservative government, the Office was given a three-year term, a budget of $5 million and a mandate to protect and advocate for threatened religious minorities, oppose religious hatred and intolerance, and promote Canadian values of pluralism and tolerance abroad.

People familiar with the Office, and with the work of its ambassador, Andrew Bennett, say it has been effective and helpful within its mandate.

This includes giving grants to organizations to promote religious freedom and understanding.

One of the grant recipients was Winnipeg’s Mennonite Central Committee, which received $500,000 to promote inter-religious dialogue and cooperation among youth, religious leaders, and community members in Iraq, Lebanon, and Syria.

But now the Office’s term will expire at the end of March.

When asked about its future, Foreign Affairs Minister Stéphane Dion would only say that the government is determining “how best to preserve and protect all human rights, including the vital freedom of religion or belief.”

John Babcock, a spokesperson for Global Affairs Canada, the Government said in an e-mail message that the government is “currently reviewing options for Canadian leadership to enhance our efforts to champion peaceful pluralism, respect for diversity, and human rights, including freedom of religion or belief.”

Comments like these have led some to conclude that the Office’s days are numbered—which would be too bad, according to close observers of the Ottawa scene.

“Sometimes new governments want to shut down anything that smacks of the former government,” said a senior staff member at one church organization, who asked to be anonymous since her organization hasn’t taken an official position on the Office.

“The Liberals should resist that urge in this case.”

The Office, she said, should not only continue, but have its mandate expanded beyond the human rights lens to include “the role religion plays in peace and conflict.”

It’s a perspective, she added, that “should be woven into all” of Canada’s work in international affairs.

Another church leader, who also didn’t want to be identified, would like to see the Office continue but see it consult and collaborate more with Canada’s religious community.

When the Office was being created, John Siebert organized a meeting of religious leaders to discuss the role it could play. He, too, thinks it should continue, and also have its mandate enlarged.

To date, he said, the Office “has funded worthy projects,” said the former Executive Director of Project Ploughshares, a Kitchener-based organization that works with churches and the government to prevent war and armed violence and build peace.

But, he adds, it could do much more by “working with religious groups both here and in conflict-ridden societies where religion is a factor in the conflict.”

It could have “more of a peacebuilding agenda, taking seriously the role of religion in conflict and in creating peace,” he shared, adding that it could also “help diplomats think about role religion plays in international affairs.”

So: Does the government need the Office for Religious Freedom?

One person who believed such a resource is valuable is former U.S. Secretary of State Madeleine Albright. Before taking that role for the American government, she admitted she underestimated the role religion plays in international affairs.

“I was unprepared for it,” she said. “In looking at what was going on in the world, it was evident that religion and the force of religion, and people’s interpretation of how they saw God, really is very much a part of international relations.”

What she needed to do her job well, she stated, were not just economic and arms control advisors, but “religious advisors that are complementing all the other advisors . . . rather than keeping religion and religious leaders out of things, we need their help.”

In a few weeks, when the budget is announced, we’ll learn whether the Canadian government feels the same way.